In the Aftermath of Violence May 2016 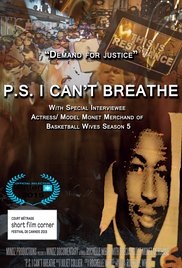 At times events unfold that reveal the true nature of violence. Whether it be sanctioned and justified, or punished and condemned, few would argue that the aftermath is complex and full of emotion.

There is room for understanding realities vastly unfamiliar to our own, but it means that we will be uncomfortable. It means being forced out of our comfort zone and into the realms of the unfamiliar where it may seem as if there is little to go on, little to fall back on, little to hold on to to keep our bearings. It’s in this place of unfamiliarity, discomfort, and awkwardness that we must rely on and trust in the words, instincts, feelings, and intuitions of those that we may have felt, or assumed were “others”. We must trust in their experienced realities. We need to hear their hearts fully and empathize with them.

This is the context in which the documentary film P.S. I Can’t Breathe was created and the context in which it should be watched. Rather than seeing the death of Eric Garner as an isolated incident it should be viewed within the framework of longstanding tensions with the New York Police Department due to allegations of misconduct and brutality towards African-American communities. It’s an incident that highlights the stark divide between those who are oppressed by the various sociopolitical rules, regulations, and institutions that uphold white supremacy and those who benefit directly from the status quo.