Practice, or in other words, fake it ’til you make it October 2016

Recall the old joke “How do you get to Carnegie Hall?” Well, the punchline “practice” still holds true today. Whether playing a musical instrument in a recital, shooting free throws in a basketball game , or identifying the parts of human anatomy for an exam, practice is an essential part of mastering a skill.

Confidence in ones abilities helps master a skill as well.  Have you ever heard the phrase “Fake it ’til you make it” ?  Many experts advise that merely acting confident and secure will make you feel more confident and secure in situations that can be stressful.  So success in that recital, game, or exam can be achieved, in part, by practice and confidence.

So consider a practice exam as a way to gain that confidence!

Moon day commemorates the day a human first walked on the moon: July 20th 1969.  In 1961, in an effort to beat the Soviet Union in the space race,  President John F. Kennedy made an appeal to a special joint session of Congress, stating ” “I believe this nation should commit itself to achieving the goal, before this decade is out, of landing a man on the moon and returning him safely to Earth.”  Thus began NASA’s Apollo Space Program and ten Apollo missions and eight years later, Apollo 11 was launched on July 16th, 1969.  The lunar landing module, nicknamed The Eagle touched down four days later. 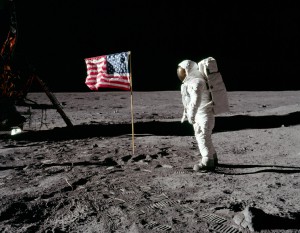 Astronaut Neil Armstrong, upon setting foot on the moon uttered the now famous line “That’s one small step for man, one giant leap for mankind.” Learn more about the Apollo 11 Mission at The History Channel.

To celebrate Moon Day, why not read about the history of the Apollo program in Marketing the Moon.  Or read the book or watch a movie on space flight like Apollo 13.  Or delve into the funnier side of the conspiracy theory of the moon landing hoax by watching Moonwalkers.  Or simply gaze up into the night sky and enjoy the sight of the full moon! 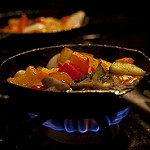 I like to cook and eat.  To me, it’s one of life’s basic pleasures.  I gain a certain amount of satisfaction when I see my family and friends eating and enjoying something I’ve made.  There are health benefits to cooking as well.  CNN recently wrote about learning to cook and it’s health benefits.  I also enjoy the creative process of cooking and looking for new recipes to inspire me.  When I get stuck in a culinary rut, I like to browse the Gale Culinary Arts Collection: The Culinary Arts Collection includes 250 major cooking and nutrition magazines, including thousands of searchable recipes.  I can find creative and challenging recipes from cooking magazines like Saveur, Bon Appetit, and Gourmet. Or sometimes I just need a quick and easy recipe from a magazine like Good Housekeeping , O. The Oprah Magazine , or Real Simple.  Whatever your level of cookery skill, I hope you find something that inspires you to cook and that you’ll enjoy eating.